The Prodigal Son and the Loving Father: Which One Needed to Change? 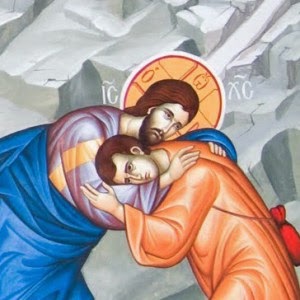 Now just two weeks from the beginning of Great Lent, today’s gospel passage reminds us of Who God is and who we are.  He is our loving Father and we are His beloved children.  Unfortunately, we have not acted accordingly.  We have taken Him for granted, rejected Him, and wasted His blessings and our lives for the sake of getting what we want. So like the prodigal son in today’s parable, we all need to come to our senses, recognize the truth about how we have strayed, and return home.   No matter what we have done, no matter how broken we have made our relationship with God, He patiently awaits our return, runs to greet us, and welcomes us back into His family with joy and celebration.