How to Respond like Zacchaeus When Salvation Comes to Your House: Homily for the 15th Sunday of Luke in the Orthodox Church

Posted by Father Philip LeMasters at 11:11 AM No comments:

How to Become a Holy Fool: Homily on St. Xenia of St. Petersburg, Fool for Christ 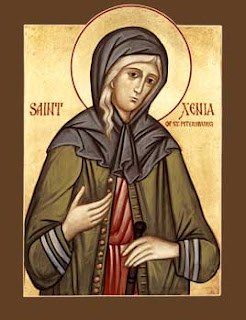 Posted by Father Philip LeMasters at 4:44 PM No comments:

Gratitude, Humility, and Obedience: Homily for the 12th Sunday of Luke in the Orthodox Church 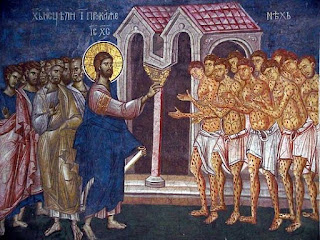 Posted by Father Philip LeMasters at 1:55 PM No comments:

The Interrelation of Eucharist and Marriage:
The Mission of the Parish in Forming Communicants and Spouses in Holiness[1]

[23] H. Tristram Engelhardt, Jr., The Foundations of Christian Bioethics (Lisse:  Swets & Zeitlinger Publishers, 2000), 243-244.
[24] Evdokimov, 176.
[25] The practices and trends of the larger society present temptations too strong to be resisted by simple appeals to preference or the curious habits of religious groups.  It is one thing to affirm religious liberty in the social sphere out of respect for the freedom of persons to believe and worship as choose. It is another, however, to make secularism normative in a way that obscures the urgency of the Church’s vocation to call human beings to become more fully who God created them to be in His image likeness.