"Love Your Enemies" and Commune with Christ: Homily for the 14th Sunday After Pentecost in the Orthodox Church 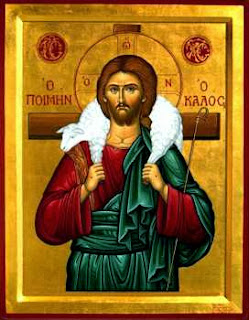 
So despite our spiritual brokenness and imperfect relationships, let us put aside everything that stands in the way of opening ourselves by prayer, repentance, and faithful reception of our Lord’s Body and Blood to the joy and reconciliation that are ours as the sons and daughters of the God.  Let us leave this holy temple strengthened in our ability to be kind even to the ungrateful and selfish and to be merciful like our Father in heaven.  Let us make all our relationships visible signs of the great salvation that Jesus Christ has brought to the world, and thereby grow closer to Him and to one another.
Posted by Father Philip LeMasters at 1:25 PM No comments:

How to Become "Fishers of Men" in the Context of our Daily Work: A Homily for the 13th Sunday After Pentecost in the Orthodox Church 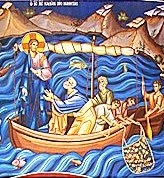 
Posted by Father Philip LeMasters at 6:24 PM No comments:

The Way of the Cross and the Crisis in Syria: Homily for the Feast of the Nativity of the Most Holy Theotokos and the Sunday Before the Elevation of the Holy Cross in the Orthodox Church 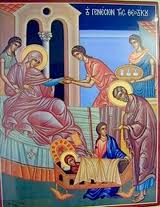 We have a lot going on today in the Church with our liturgical calendar, parish activities, and response to world events.  I am wearing blue because it is the Feast of the Nativity of the Theotokos, the birthday of the Virgin Mary.  Since this coming Saturday is the Feast of the Exaltation of the Cross, our epistle and gospel readings focus on that theme.

Posted by Father Philip LeMasters at 2:05 PM No comments: