Forgiveness and the Healing of the Soul: Homily for the 11th Sunday of Matthew in the Orthodox Church 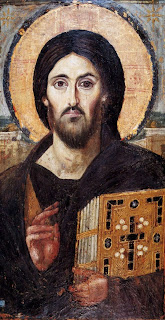