The Generosity of Grace: Homily on Zacchaeus for the 15th Sunday of Luke in the Orthodox Church

Nobody likes to pay taxes. The people of first-century Palestine were no different; however, the Jews of that time had additional reasons to dislike paying taxes, for their money went to support the Romans, pagan foreigners who occupied their land.  It was collected by their fellow Jews who had gone over to the other side, who were viewed as traitors because they worked for the enemy.

Humility, Obedience, and Faith: A Homily on the Grateful Samaritan Leper for the 12th Sunday of Luke in the Orthodox Church 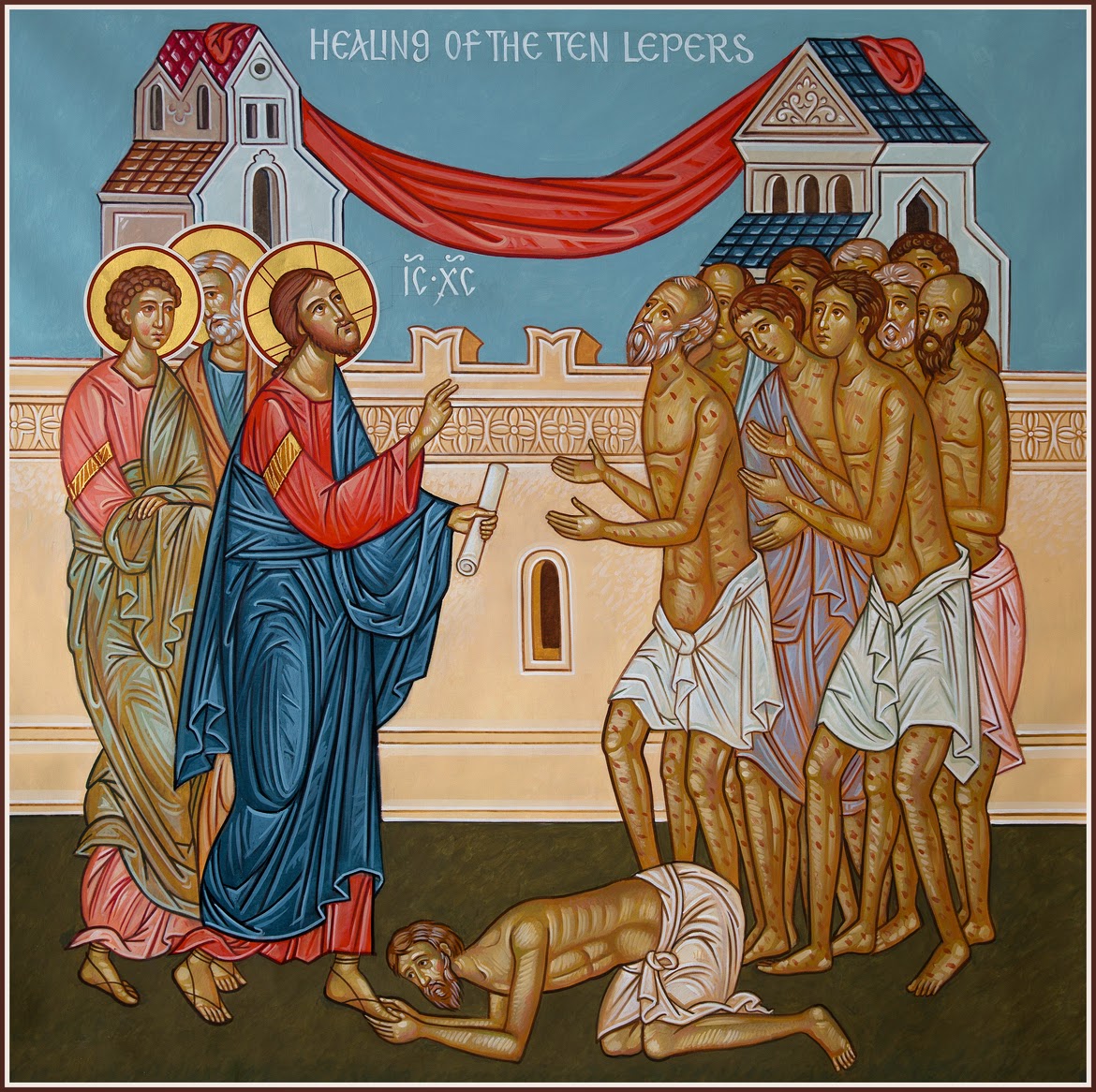 I am sure that most of us take too many of our blessings for granted.  We get used to the comforts and conveniences of life and to the people with whom our lives are intertwined.  We compare ourselves with others who seem to have it better than we do, and we forget that all our blessings are God’s good gifts to us.  When we do not appreciate them, we become selfish and fall into the idolatry of thinking that satisfying our own immediate desires is the most important thing.


So just as we offer bread and wine in the Liturgy, let us offer thanks to the Lord by living lives that are pleasing to Him, by living according to the New Man Jesus Christ, and killing the habits of death and darkness that can so easily destroy us and harm others.  For Christ was born and baptized in order to heal us and to bring us into the new life of His Kingdom.  He made a wretched Samaritan leper an icon of His salvation and He will do the same with us, despite our weakness and corruption, if we follow that man’s example of humility, obedience, and gratitude.  At the end of the day, that is a powerful reminder to take absolutely nothing in this life for granted and always to give thanks.
Posted by Father Philip LeMasters at 7:32 AM No comments:

Putting on a Robe of Light: Homily for the Sunday After Theophany (Epiphany) in the Orthodox Church 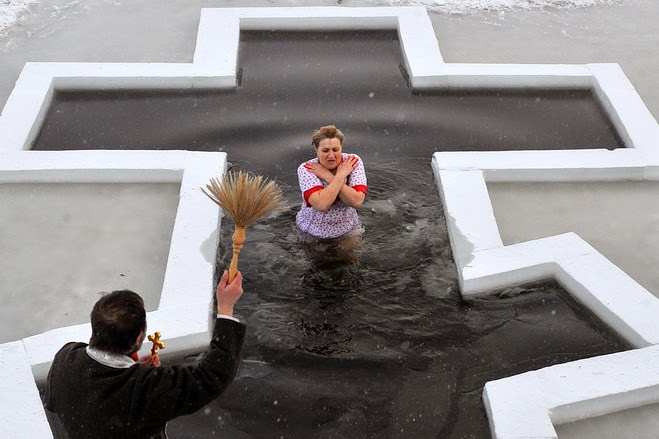 With all the focus on fashion and style in our culture, we may overlook the most obvious function of clothing:  to protect our bodies.  With the very cold weather we have had lately, most of us have probably been wearing the warmest clothing that we possess.  Unlike our family’s three well-fed cats who seem to have enough fat and fur to survive an ice age, we have to protect ourselves from the elements in order to survive.


Epiphany is a great feast of our salvation in Jesus Christ.  The eternal Son of God has made a way for us to participate in His divine glory by humbling Himself to be baptized the waters of the Jordan.  He does so to save Adam and Eve, all their descendants, and the entire creation.  He clothes us in a garment of light to cover our nakedness, which had reduced us to slavery to our mortal flesh in a world of death and decay.   Even as we eagerly turn away from freezing when we put on warm clothing, let us joyfully celebrate our Lord’s baptism by remembering that He has already clothed and restored us to our ancient dignity in His image and likeness.  Let us drink and sprinkle holy water as a sign that we must play our unique roles in making every dimension of our lives an icon of God’s holiness.  In other words, let us behave each day as those who have put on Christ.  Let us shine with the great glory that He has given us both through His birth and His baptism. There is no better way to bear witness that the prophecy really has been fulfilled:  “[T]he people who sat in darkness have seen a great light, and for those who sat in the region and shadow of death light has dawned.”
Posted by Father Philip LeMasters at 8:00 PM No comments: 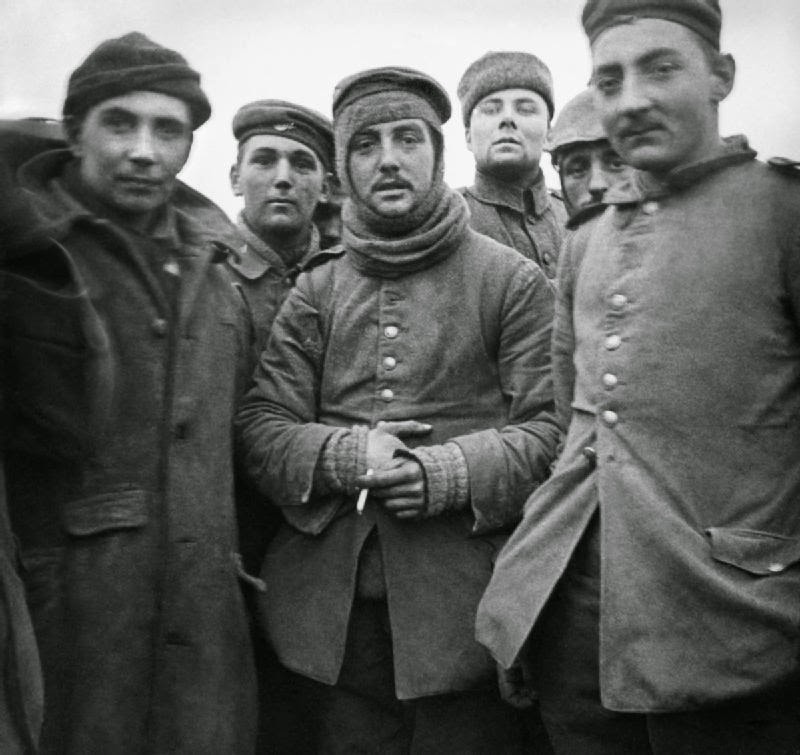 Posted by Father Philip LeMasters at 3:54 PM No comments:

Prepare the Way of the Lord: Homily for the Sunday Before Theophany (Epiphany) in the Orthodox Church 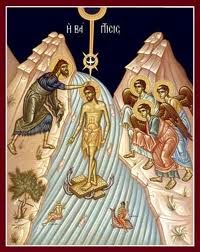 
So let us prepare for the great feast of Christ’s baptism by straightening the crooked areas of our lives.  Instead of finding ways to ignore the Forerunner, let us take his sobering message to heart.  For the Messiah is born and on His way to the Jordan where His divinity will be made clear.  But will we have the eyes to see His glory?  Will we be ready for Him?  There is only one way to prepare and that is to repent, to turn away from everything that hinders our full participation in the divine glory that He brings to all who bear His image and likeness and to the entire creation. That is what His baptism makes possible for us, but we must prepare by repentance in order to share personally in this great mystery of our salvation.
Posted by Father Philip LeMasters at 12:52 PM No comments: