After the Campaigns: Back to the Real Work of the Orthodox Christian Political Witness 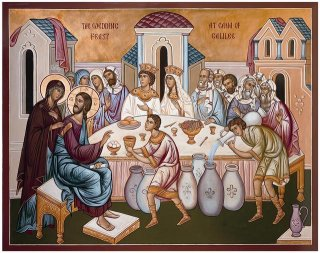 Since politics has received no small amount of attention in recent months, I thought that it would be good to remind ourselves that the primary political action of Orthodox Christians is not found in voting, carrying signs, spouting slogans, or putting bumper stickers on our cars.  Instead, our most fundamental political witness is to participate in the Divine Liturgy. No, that does not mean that the Christian life boils down simply to showing up at church, for to participate fully in the worship of God means that we live out our communion with the Holy Trinity every day of the week in all aspects of our lives.  The calling of the Christian life is to sanctify the world by offering every bit of the creation—including ourselves—to the Lord for fulfillment and transformation, for the holiness and peace of a Kingdom that radically transcends the broken and imperfect kingdoms of this world.
Granted, that may sound so mystical that it is hard to connect with something as practical as American politics. But perhaps that is precisely the point.  Christians are to be salt and light wherever they find themselves, not just another interest group worshiping at the altar of worldly glory and power.   How sad, then, that what passes for a spiritually informed political agenda often amounts to little more than politics as usual in our corrupt world.   Contrary to the hopes of religiously inspired voters of whatever ideological stripe, we will look in vain for substantive conversation about moral issues in the recently completed campaigns.
For example, discourse about society’s responsibility to unborn children and their distressed mothers was replaced by ham-fisted comments about rape, contraception, and an alleged “war against women.”  The glory of the union of man and woman, which alone brings forth new life as an image of the Holy Trinity from generation to generation, was obscured by our societal obsession about the rights of individuals to do as they please.  Economic theories—largely driven by the self-interest of various partisan groups-- took precedence over serious consideration of the common good in debates about poverty, health care, and environmental stewardship.   In other words, we endured well over a year’s worth of unedifying and interminable arguments that barely scratched the surface of an Orthodox vision of God’s purposes for the collective life of human beings.
Well, big surprise.  Despite what politicians and their chaplains on the right and left proclaim, American elections are about little more than the competing interests of partisan groups for power.    Some of their spokespersons have been remarkably effective at times in convincing various segments of the Christian population that their agendas are virtually synonymous with the Kingdom of God.  But it doesn’t take much discernment to see that they all fall well short of such a high designation.  For example, women in difficult circumstances do not choose to have abortions in isolation from a whole set of social, economic, and moral circumstances which politicians seem to have no real interest in addressing seriously.  It’s much easier to cast a vote and denounce the opposition than to get to the heart of why our culture has formed so many people in such poor ways both morally and spiritually.
Those who cheered for abortion rights as though they were applauding job creation displayed an appalling lack of moral sensitivity, even as they excluded the most vulnerable human beings from legal protection in the name of individual liberty.  How strange that those who support government regulation to protect the weak in so many other areas of social concern change their tune so radically on this issue.  Their sudden burst of libertarianism functions to obliterate any compassion for life in the womb, recognition of the legitimate stake of husbands and fathers in the fate of their offspring, and acknowledgement that the moral tragedy of abortion simply cannot fit within the happy narrative of freedom.
When it comes to marriage and sexuality, mainstream American culture has lost virtually any sense of a sexual ethic more profound than the consent of individuals to do as they please with a nod toward public health.  In this context, chastity becomes a nonsensical notion even as the public square refuses to acknowledge that the union of man and woman holds a uniquely privileged place in all known human civilization.  In a society that is blind to the marital nature of intercourse, it would be shocking to have a substantive moral consensus about the meaning of marriage. In the absence of such convictions, we quickly revert to the default position of American politics:  individual liberty. If marriage is nothing more than a freely chosen romantic union of two individuals, no wonder that the obvious intersections of marriage, sex, and parenthood are so hard for many to see.
That may be the politics of the world in which we live, but it’s not the social order of God’s reign.     We will not be salt and light in our darkened world by pretending that the spokespersons of the corrupt ways of living and thinking that got us into these messes will somehow magically become our saviors.  Instead, the primary political witness of Orthodox Christians is to become living icons of our Lord’s salvation on even the most difficult matters involving sex, money, and power.  Our witness—yes, how we live each day-- must stand in stark contrast to the ways of the world as a sign of the blessed life for which human beings are created.  Holiness in our parishes, our families, and all our relationships is our politics and the basis of how we offer the world, and ourselves, to God.  Now that the distractions of the campaign are behind us, let’s get busy with the real challenges of the Christian life.
Posted by Father Philip LeMasters at 8:49 AM No comments:

The Dangers of an Overemphasis on Athletics: Martha Irvine's "To Parents, Youth Sports an 'Athletic Arms Race'"

This article describes an overemphasis on athletics in our culture that impedes the spiritual, intellectual, and psychological growth of young people.  It provides a wake-up call that many parents need to hear.

Shawn Worthy admits he's a competitive guy – and a competitive parent, sometimes.
Yet even he was floored when a couple of moms he met at a pro junior golf tournament told him that their teen daughters would be entered in 30 such events this past summer.
"Why are these young ladies out on the golf course playing competitively four or five days a week?" Worthy asked himself.
His own 16-year-old daughter, Soleil, holds down a job while participating in a few tournaments each summer. She and the other young women are good, Worthy says, maybe talented enough to play in college.
But 30 tournaments?
"If you're a future Olympian, I get it. But for these kids who will never reach that level, that's what I don't get," says Worthy, a professor at Metropolitan State University of Denver with an interest in sports psychology.
"What does it say about our culture that we go to this extreme?" he asks. "And that we push our kids to this extreme?"

The Rich Young Ruler and the Nativity Fast: Homily for the 13th Sunday of Luke in the Orthodox Church 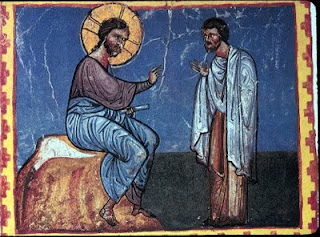 <a href="http://www.hypersmash.com">www.HyperSmash.com</a>
Posted by Father Philip LeMasters at 12:12 PM No comments:

Following the Theotokos into the Peace of Christ: Homily on the First Sunday of Advent in the Orthodox Church 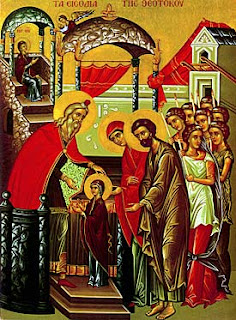 Posted by Father Philip LeMasters at 2:20 PM No comments:

The Good Samaritan and Advent: Homily for the 23rd Sunday After Pentecost in the Orthodox Church

Lazarus and the Rich Man: Homily for the 22nd Sunday After Pentecost in the Orthodox Church 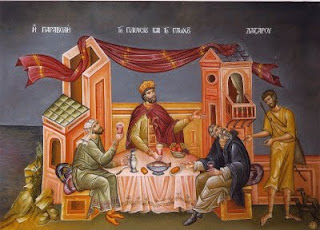 Orthodox Thoughts on the 2012 Election

Orthodox Thoughts on the 2012 Election

V. Rev. Paul Jannakos
As Orthodox Christians we bear witness to Christ in all dimensions of life. This includes participation in civic life, where as citizens of this country we elect into office those who aspire towards the work of public service on both the local and federal levels.