Neither Pharisee Nor "Legion": On Becoming our True Selves in Jesus Christ--Homily for the 21st Sunday After Pentecost and the 6th Sunday of Luke in the Orthodox Church 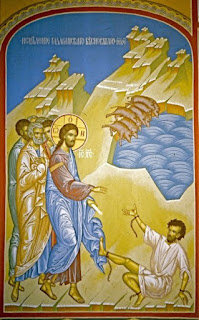 
Like St. Paul and the Gadarene demoniac, we will become our true selves in God’s image and likeness by participating in the grace and mercy of our Lord, God, and Savior Jesus Christ.  Like them, we must die both to self-righteous legalism and to the sinful corruptions that have become second nature to us.  We must have faith in Christ even as we pursue a faithful life, turning away from all that distorts our beauty as the living icons of our Lord.  The more closely we unite ourselves with Him, the more fully we become our true selves.  For He made us to be neither Pharisees nor “Legion,” but His beloved sons and daughters who become ever more like Him in holiness.  That is the calling of each and every one of us; and through repentance, faith, and love, we may answer it to the glory of God.
Posted by Father Philip LeMasters at 3:27 PM No comments:

The Holy Apostle and Evangelist Luke: The Perfect Patron for a Small Orthodox Parish in West Texas! 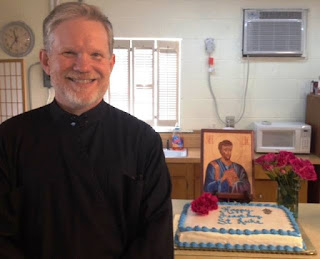 
From a worldly perspective, all that we do in our parish is small scale and out of the cultural mainstream.  That is no problem at all, of course, because St. Luke has shown us a Savior Who works through weak and unlikely people to establish His Kingdom, which is surely not of this world.  As hard as it is to believe, that is precisely what the Lord is doing through us in this place by the prayers of the Holy Apostle and Evangelist Luke, our patron.
Posted by Father Philip LeMasters at 4:20 PM No comments:

Flourishing and Bearing Fruit in the Lord's Garden: Homily for the Sunday of the Holy Fathers of the 7th Ecumenical Council and the 4th Sunday of Luke in the Orthodox Church 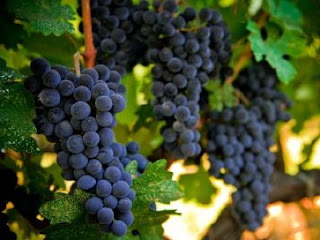 Investing in Mercy by Loving Our Enemies: A Homily for the 18th Sunday After Pentecost and the Second Sunday of Luke in the Orthodox Church

Posted by Father Philip LeMasters at 1:32 PM No comments: