Sharing the Mercy We Have Received as God's Temple: Homily for the Seventeenth Sunday after Pentecost & Second Sunday of Luke in the Orthodox Church 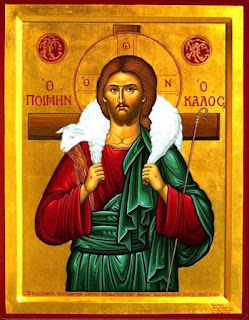 How we see ourselves plays a very important role in how we live.  Many people define themselves in light of their own weaknesses in ways that keep them chained to whatever shattered personal history they may have.  It is easy to weigh ourselves down with ways of thinking that hold us in bondage, especially when we think that there is no possibility of us changing.  When we do that, we simply enslave ourselves further to a distorted perspective on where we stand before God and in relation to others.

When St. Paul addressed the Gentile Christians of Corinth as “the temple of the living God,” he was doing something no one would have anticipated.  As his letters to the Corinthians make clear, they were converts from paganism who had to be corrected from their tendency to fall back into old ways of living on everything from worshiping false gods to engaging in sexual immorality.  Not only were they Gentiles, they apparently continued to fall back into the very ways of living that the Jews associated with the perversions of strangers and foreigners.

The Old Testament contains many warnings to the Jews to have nothing to do with Gentiles.  That is why St. Paul quotes Hebrew prophets admonishing the Jews to be entirely separate from the corrupt ways of other peoples.  What is so shocking, of course, is that he now applies that instruction to the Gentile Christians of Corinth.  Those who were hated and feared for their immorality and paganism are now themselves “the temple of the living God” in Jesus Christ.  They are His people, His sons and daughters, to whom the promises of Abraham have been extended through faith.  Because of this great dignity, St. Paul tells them to be clean “from every defilement of body and spirit, and make holiness perfect in the fear of God.”

No matter how debauched the Corinthians had been before becoming Christians, and no matter how gravely they had sinned since their baptism, the Apostle urges them to remember who they are in Jesus Christ and to live accordingly.  He calls them to refuse to define themselves by their sins, past or present.  The point is not how they have fallen short or what particular temptations they face.  The point is to accept in humility who they are by the grace of God and no longer to give any place to sin and corruption in their lives.  Whatever does not belong in God’s holy temple does not belong in them, for their bodies are temples of the Holy Spirit.  St. Paul calls them to live according to the high calling and dignity that is theirs in Jesus Christ, not according to whatever sins have enslaved them in the past or still threaten to distract them from offering every dimension of their lives to the Lord.

We may be tempted to think that those Corinthian converts had it easier than we do.  After all, they lived in a world in which it was obvious who the false gods were.  The ways of the pagan culture were diametrically opposed to those of the Church in many ways.  But as the problems St. Paul had to address in Corinth indicate, there was actually nothing easy at all about being a Christian in that time and place.  Though they take different forms, the challenges of taking up our crosses and following the Lord are always with us; and no generation navigates them perfectly.

In today’s gospel reading, the Savior teaches that we must do something that seems impossibly hard in every generation, namely, loving our enemies.  He reminds us not to define ourselves by what seems easy or even natural in our world of corruption by simply being nice to those who are nice to us.  Even terrorists and gangsters do that, of course.  There is no great virtue in loving those from whom we expect love in return.  Far more challenging is the calling not to be defined by the disagreeable actions and words of others or by how we are inclined to respond to them.  Even as the Corinthian Christians were sorely tempted to return to what was comfortable and convenient to them in light of their pagan past, we will find it much easier to hate and condemn our enemies than to be generous, kind, and forgiving toward them.  There is much in our culture, and much that somehow passes for Christianity in our society, that would tell us we are perfectly justified in allowing fear, resentment, and self-righteous judgment to shape how we respond both to particular people and to certain groups.  Those who worship the false gods of worldly power and self-centeredness may think that loving their friends and hating their enemies helps them get what they want.  Because they set their sights so slow, they may be right—at least for a time.  Even terrorists and gangsters will have a measure of success by their own standards.

But what on earth should that have to do with us, who by the grace of our Lord Jesus Christ have become “the temple of the living God”?  Our goal is not to achieve this or that earthly goal like another interest group or faction, but to become “merciful, even as your father is merciful.”  Our goal is to live as sons and daughters of the Lord, cleansed from every stain, and to “make holiness perfect in the fear of God.”

We are just like the Gentile Christians of Corinth who, purely by God’s grace, moved from aliens to heirs, from hated foreigners to those who have inherited the promises to Abraham in Jesus Christ.  We must separate ourselves, then, from much that is appealing to us in our culture, from much that would keep us enslaved to old habits.  We must shut our ears to voices that associate strength with bondage to the passions of anger and hatred, as though it is somehow virtuous to hold grudges and refuse to forgive.  We must shut our eyes to the habit of seeing as neighbors only those who are like us in how we look, how we live, or how we believe.  Thank God, His mercy extends even to sinners like you and me.  If that is the case, then how can we refuse to extend mercy to anyone?  Did not Christ die and rise again in order to save the entire world, including those who nailed Him to the Cross?  Even as there are no limits to His love, there should be no limits to ours.   If we judge others by merely human standards of any kind, we fall well short of showing to others the same mercy that we want for ourselves.

There is no limit to the holiness to which our Savior calls each and every one of us.  We are all weakened by our own sins and those of others.  We may find it impossible to believe that our lives will ever manifest the holiness of God’s temple.  That was surely true of St. Paul before his conversion, as well as of the Gentile Christians who came to faith from pagan backgrounds.  Our culture teaches us primarily to believe in ourselves, but we must primarily believe in the healing mercy of our Savior, which extends even to the most unlikely candidates “to make holiness perfect in the fear of God.”  If before such a high calling, you feel as unworthy as a Corinthian pagan, then thank God for that profound insight and use it for your humility. For we never stand before the Lord based on what we deserve.

The best way to thank Him for His mercy is to extend that same mercy to others, which is possible only if we refuse to define ourselves as anything but His beloved sons and daughters, as His holy temple.  The more we embrace this blessed calling, the more strength we will have to turn away from everything that would separate us from fulfilling our vocation to become like God in holiness.  In some ways, the message is really very simple.  We are the temple of God by His grace.  It is time we started living like it as we show love, do good, and extend mercy to neighbors who need His grace just as much as we do.

Posted by Father Philip LeMasters at 11:41 AM