Thoughts on Christianity in India 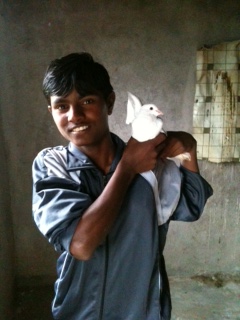 At the risk of drawing overly broad conclusions, I would like to share a few thoughts about what American Christians may learn from their brothers and sisters in India.  A small religious minority in a country with a vast population and a wide mix of cultures, the Indian Christians I met over the last two weeks are under no illusions of being a dominant force in their society, let alone the brokers of political power.  Their faith is not associated with a particular party or interest group; instead, it gives every impression of focusing on bearing witness to the love of Christ and maintaining the practices and attitudes of discipleship.
One such practice is ministry to the poor, needy, and outcast.  For example, Light Life Ministries in Aurangabad runs a home for orphans and other children whose parents cannot properly care for them, as well as a school and a ministry to lepers.  St. John’s English School serves children from families of very modest means who want a private education superior to that of the public system.  When it comes to lepers, literally no one else in the city has anything to do with them.  The lepers we met included people of different religious backgrounds, but they all experienced the presence of the Lord Jesus in the hospitality shown by Light Life Ministries.
Outside the city of Nagpur, India’s Orthodox Church (which traces its heritage back to St. Thomas the Apostle) sponsors a theological seminary where the students begin their day with prayers at 5 am, share a disciplined communal life, and have permission to go into town once a week for a few hours on Sunday afternoon.   By our society’s hedonistic standards, that kind of spiritual commitment by young men is hard to understand.   But to prepare pastors who seek God’s kingdom above all else, at least a bit of asceticism is in order.  Adjacent to St. Thomas Orthodox Theological Seminary is a home for mentally retarded children called the Prerana Special School, which provides a residential education for vulnerable kids who are easily neglected and abused in any society.
By running schools, seminaries, and ministries to the weak and marginalized, Indian Christians manifest the love and mercy of Jesus Christ both by what they say and what they do.  In a society where religious conversion is complicated and it is often a real accomplishment for different groups simply to live in peace, the Christians seek to treat everyone as the Lord treats us all.  Their practices count for little by worldly standards and certainly will not make them rich, famous, or powerful.  Nothing wrong with that, of course, because our Lord’s  kingdom is not of this world.  Yes, we American Christians have a lot to learn from our brothers and sisters in India, for they remind us to live out what we proclaim with a generous and humble spirit.

Your words are true and the Indian Christians are truly the hands and feet of Jesus to their people. They do not push or prod. They pray.

Thank you for writing this. Life Light and India are constantly in my heart.