The Lamb of God: Homily for the Feast of Palm Sunday in the Orthodox Church 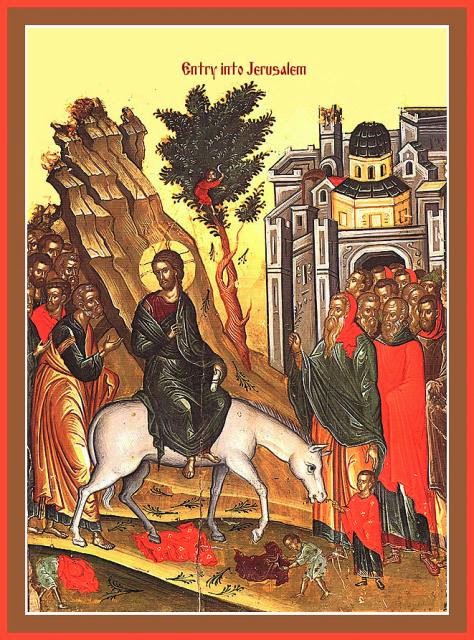 We are all able to focus, at least more or less, on what is most important. When something is fascinating to us, we can focus our attention and tune out distractions in order to concentrate on what we are really interested in at that moment.


“Blessed is He who comes in the name of the Lord, the king of Israel.  Hosanna in the highest!”
Posted by Father Philip LeMasters at 6:16 PM